The most iconic food of Greece and perhaps one of the tastier dishes worldwide. Easy to make and when the ingredients are good, its taste is magical. 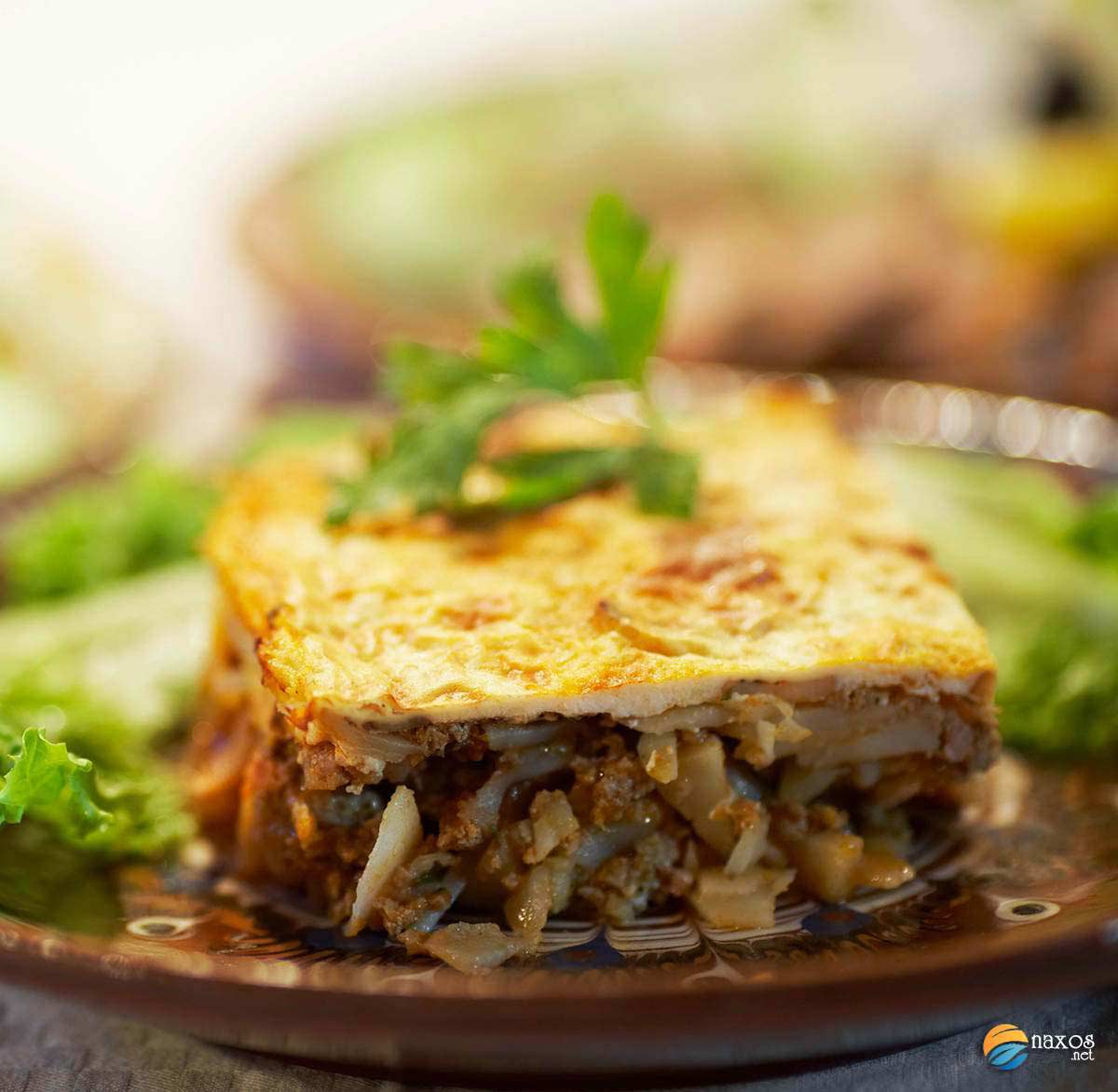 Peel, wash and cut the aubergines into large thin slices. Salt and leave them to drain. Prepare the mince by browning it with the oil and onion, which should be finely chopped. Stop the browning process by pouring in the wine. Add the tomatoes, skinned and finely chopped, the salt and the pepper and allow to boil till all the moisture has been absorbed. Pour the oil into a frying pan and fry the aubergines. Then spread them in large roasting tin and sprinkle with grated cheese. After the first layer, spread the mince on top and then add another layer of fried aubergines. Then sprinkle again with the grated cheese and pour on the white sauce, so that the surface of the moussaka is covered with a thick layer of sauce. Finally, sprinkle some more cheese over this so that the surface becomes crisp.

Variation 1: For easier serving and firmer portions, a layer of potatoes can be used. These should have been cut into slices like the aubergines and fried in the same manner.

Variation 2: Moussaka with courgettes: This is made by keeping the same quantities as above and using the same ingredients, but replacing the aubergines with courgettes cut into slices and fried to be spread in the same manner in the roasting tin.

Moussaka is a very satisfying meal with many calories. It contains meat, cheese and fried vegetables. Don't overdo it!

On Naxos, there are several restaurants and taverns serving ladera (food cooked in an olive oil basis), one of which is moussaka.