As if from another era ...
Moutsouna village Photos & Videos Map 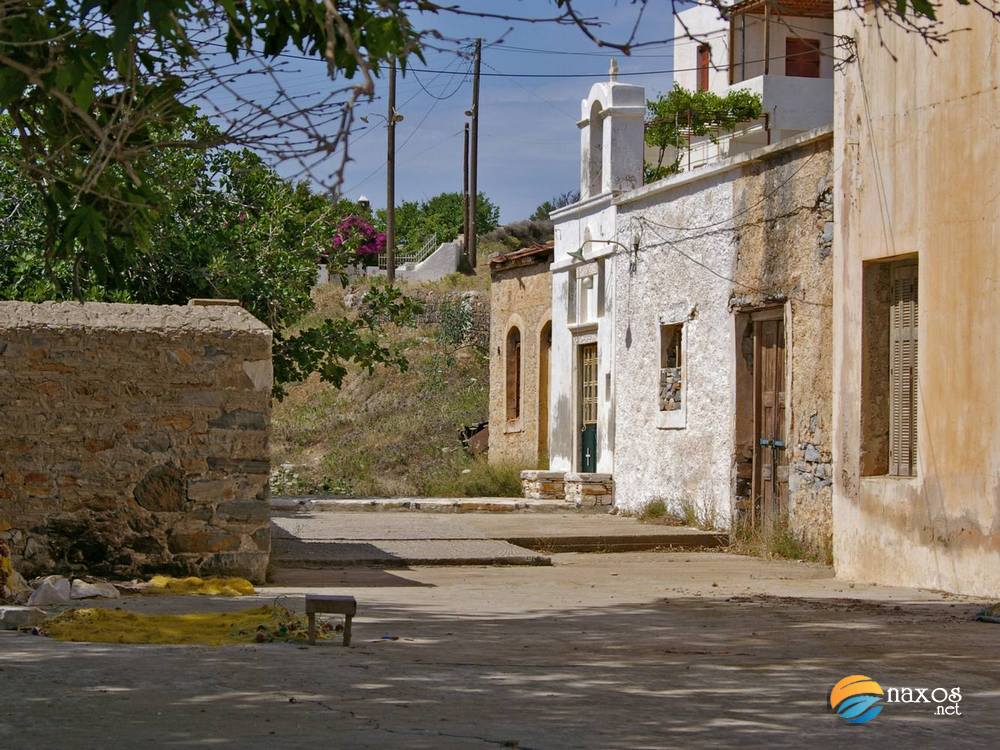 Moutsouna is the largest of all settlements on Naxos’s eastern coast. It is adjacent to the island’s only natural harbor and is a picturesque hamlet with a respectable number of rooms-to-let and fish tavernas lined along the beach. The old emery works cable installations are still present, creating a throwback picture to the 50’s. The emery came via these installations to the sea to be loaded onto ships from the mines of Koronos up until the 1970’s when emery was replaced by other abrasives.

Moutsouna is in fact the port of Apeiranthos. In recent years it has begun to develop as a tourist resort of some note on Naxos Island. This is partly due to the picturesque coves and the natural beauty of the whole South-Eastern coast all the way to Panormos, all together affording a great selection of beaches and views.

The southbound coastal road leads to the smaller hamlets of Kanaki, Kleidos, and Ligaridia each with their beautiful beaches. These are all outlets to the sea of Apeiranthos.

Apeiranthos’s main animal farming areas are represented by Ligaridia and Kleidos. In between them lies Kanaki with the delightful beach of Psili Ammos. Kanaki has an agrotourism facility and a number of attractive tavernas and cafes for food and beverage.

The southbound coastal road ends at Panormos with its protected harbor and lovely sandy beach. The remains of the prehistoric acropolis of Amygdalies are on the hill behind the cove.

If you are approaching Moutsouna from inland, an asphalted, winding, downhill road from Apeiranthos leads to it. Another asphalted, southbound road in good condition will take you from there to the hamlets of Kanaki, Klidos and Ligaridia on the way to Panormos before ending at its harbor.