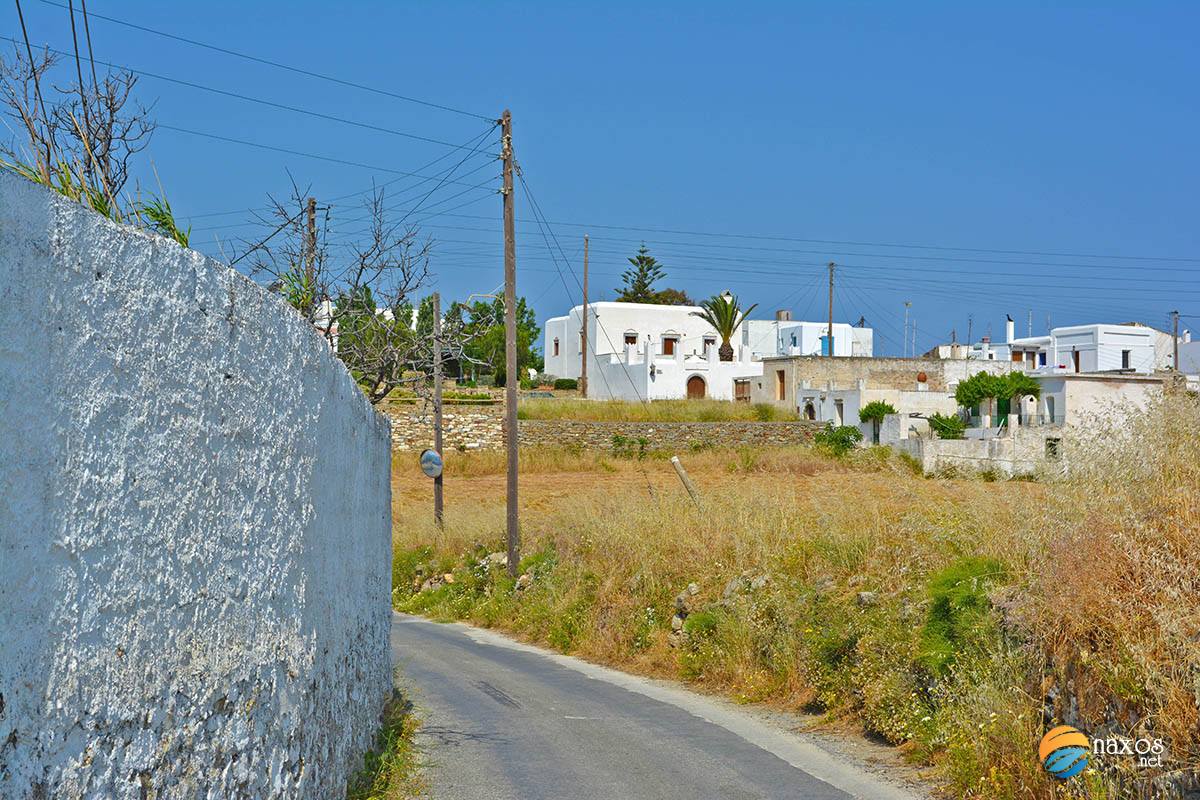 Sagri is one of the island’s most picturesque villages. It is located in a protected historical settlement on a fertile plateau in the western area of Naxos. The current population at the village numbers roughly 300. The name Sagri is a corruption of Sainte Croix (French for Holy Cross – or Timios Stavros in Greek), as the nearby monastery carries a French name, it is one of many sights in the region.

Sagri village is located at 12km south-east of the capital and main port of Naxos (Chora). Like most mountainous villages of Naxos, in stark contrast to the coastal settlements of the island with Cycladic architecture, it has medieval architecture where the dominant colors of grey and brown are apparent. The village is divided in Ano and Kato Sagri (Upper and Lower), with a distance of couple of km between them. Besides the surrounding sights, the village itself is comprised of Ano Sagri (Upper Sagri) and Kato Sagri (Lower Sagri) and is well known for its superb architecture. Ano Sagri, the upper section of the village, is located on the hillside offering splendid views of the island. The monastery of Agios Eleftherios used to serve as a secret school during the Ottoman occupation (apparently the Ottomans did not want Greek youth to speak Greek). It is also worth visiting the impressive former monastery of Agios Eleftherios in Ano Sagri.

Its tower-like church, nowadays houses the Folklore Museum. The remains of two Venetian towers may be seen at Kato Sagri. Paleologos Tower, a third tower structure now restored, dating back to 1699, is located twenty minutes away from the village.

The area’s Byzantine churches are of some note. Highlights include Panagia Orfani (Virgin Mary), next to Paleologos Tower, Panagia Arkouliotissa, others are Panagia Kaloritissa, Agios Artemios and Agios Nikolaos, amongst a many others.

Access to the village can also be had through Plaka beach, via a narrow earth road. To the south lies the monastery of Agios Ioannis at Gyroulas. By following the signs you can stopover at the Temple of Demetra circa 6th century BC, situated in the middle of the valley about 1.5km south of Ano Sangri. This temple is one of the most interesting archaeological monuments on the island. It is made of Naxian marble and dates back to 530BC.

If instead you feel like hiking, head for the top of the mountain. Dominating the peak over the landscape is the fortress of Apalirou. Small towers, walls, and some ruins of an old church still remain along with a great view.

The village is built in one of the greenest regions of the island and includes large areas of land that are appropriate for cultivation and primarily cattle breeding which are the main occupations here.

Café and tavernas offering quality homemade food operate at the village. Sagri hosts annual traditional feasts on August 15, the Assumption of the Virgin Day; July 1, Agii Anaragyri Day and on November 8, the celebration of Taxiarchon.

The wider district has renowned beaches such as Orkos and Mikri Vigla, ideal for windsurfing and kite surfing enthusiasts, Kastraki, Glyfada, the wonderful sandy beach at Alyko, and the superb juniper forest.