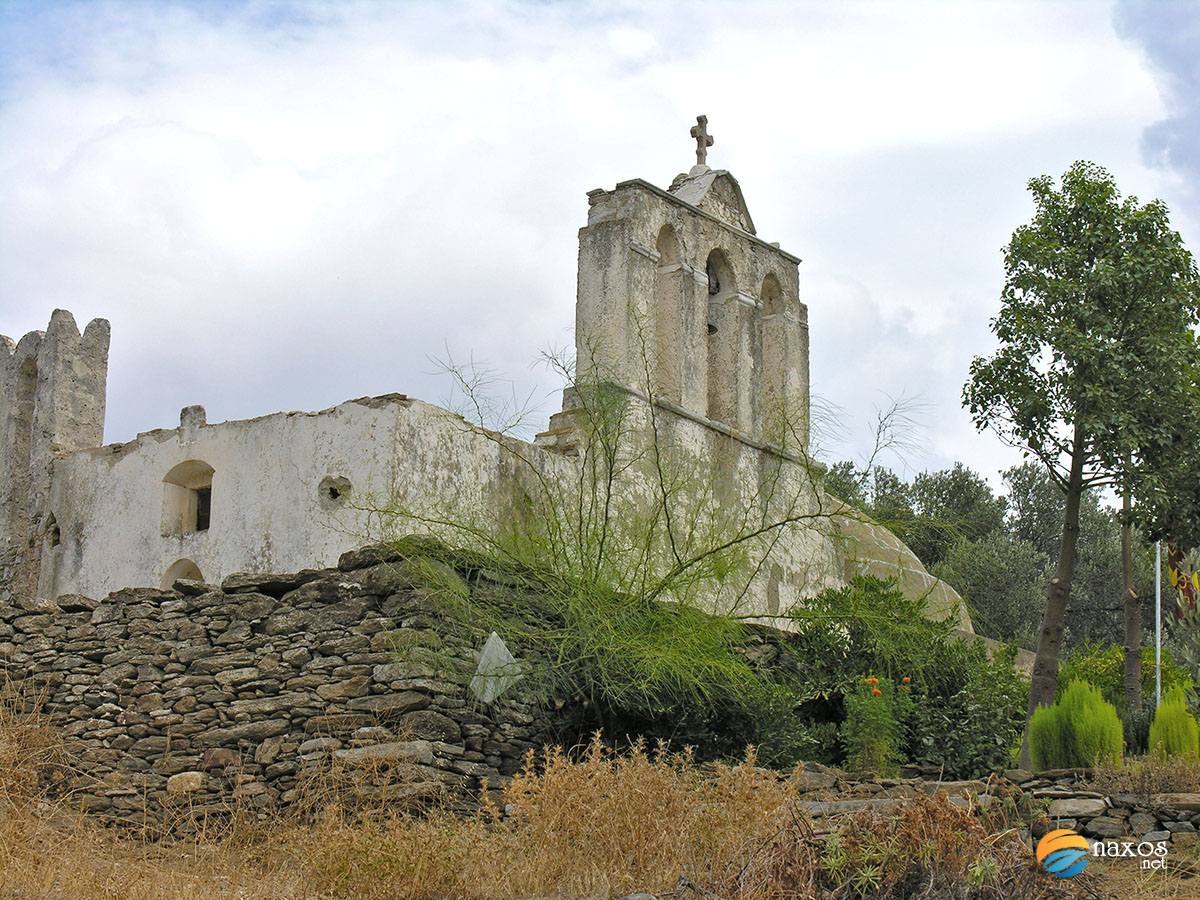 There are various views stated concerning the name of the church. The correct one claims that the name "Drossiani" comes from the location called "Drossia", where the church was built. According to local traditions, it was named "Drossiani" because "the icon perspired, and still does", every time the village has been in danger; or because "it cooled the inhabitants, and still does, with its miracles". People so relate the name "Drossiani" to the verbs /idrono/, which means perspire and /drossizo/, which means cool, fresh up.

The early iconostasis of the church was made of marble. A wooden one was later found behind it, when the first was pulled down. It measures 3.30m by 0.205m by 0.085m. It is made of heavy wood, probably chestnut tree wood. It is decorated with an ancient style relief tendril. Its stem traces out wide waves and has big grapes and strange twin vine leaves, which remind us of the Mycenean shields.

In the middle there is a circle with a cross within it and flowers on either side. Two bunches of grapes with three grapes each begin from the center of the cross. The tendrils begin from the bottom of the circle. The empty spaces between the waves of the stem are successively covered with:

The decoration on the right of the cross is similar, but there is an animal figure instead of a flower near the leaves with the vertical stem. So we don't get a totally typical proportion.