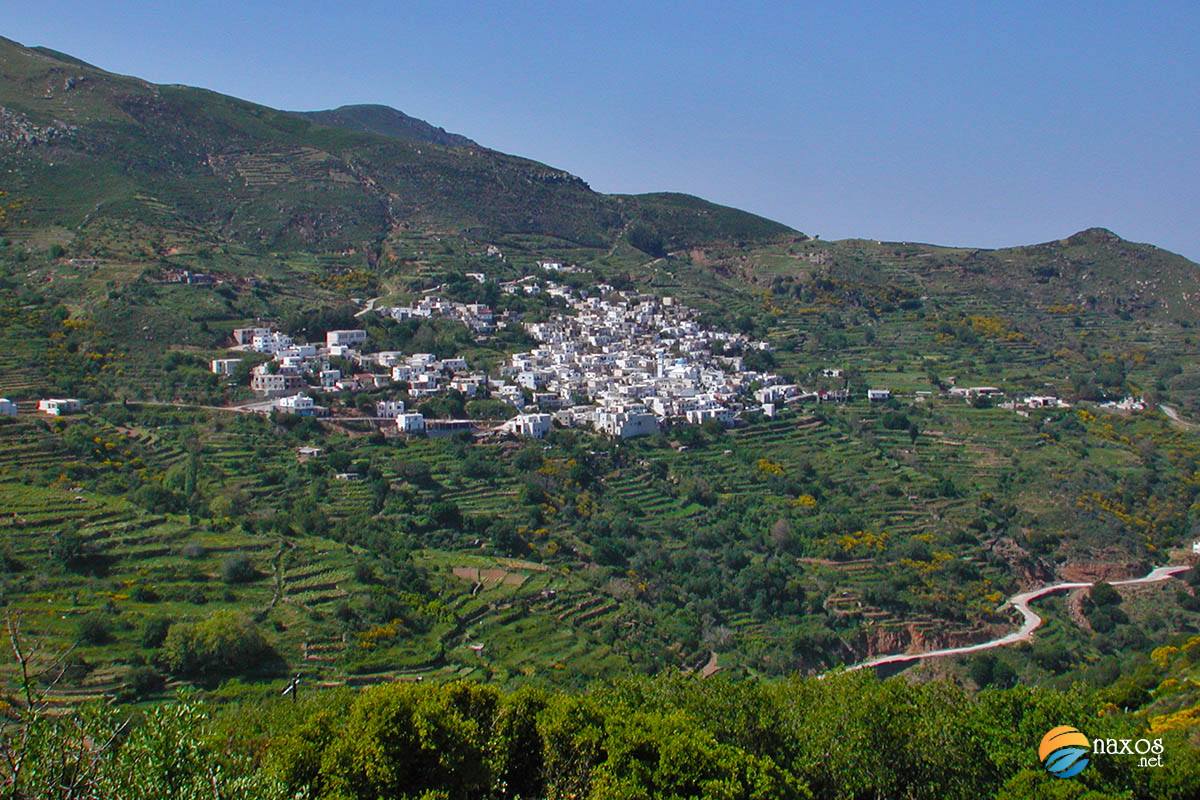 The village is located approximately 34 km from the capital Chora (Naxos Town), surrounded with both natural and cultivated greenery. Koronida (Komiaki) is built in amphitheatric fashion on the ridge of Mt. Koronos and is surrounded by orchards and grapevines which account for its greenery. The village overlooks the Sea of Icarus (named from the myth of Icarus and Daedalus and their wax wings), although the village itself is not visible from the coastal areas of Naxos.

There are some 500 inhabitants in the village who are mostly occupied with livestock farming, agriculture and passing tourism. Visitors can enjoy peace and quiet in the mild climate seated at the local café and the taverns serve local dishes and the highly-rated Komiaki wine. There is also a mini market to restock at.

The area was inhabited in ancient times, as indicated by the existence of a Mycenaean domed tomb (1600-1100BC the Helladic period or bronze age), and life in the area continued without interruption during the Frankish and Ottoman occupations. There is a Frankish fort in the center of the village, a remnant predating the Ottomans.

In the center of the small settlement, the sights include the post-Byzantine Church of Theoskepasti and the nearby restored buildings of the watermill, the olive mill and the traditional wine press.

A local custom is that of The Swing (Greek - Kounia) which is held at Easter. Tradition has it that the boys set up the swings for the girls and recite improvised poems to them as they swing them to and fro. Also, the parish church of the Nativity of Virgin Mary celebrates a two-day feast on September 8.

Komiaki is on the main road from Chora to Apollonas via Eggares. Nearby villages are Messi and Scado. Parking space available outside the village and public transport by bus has several shuttles daily.