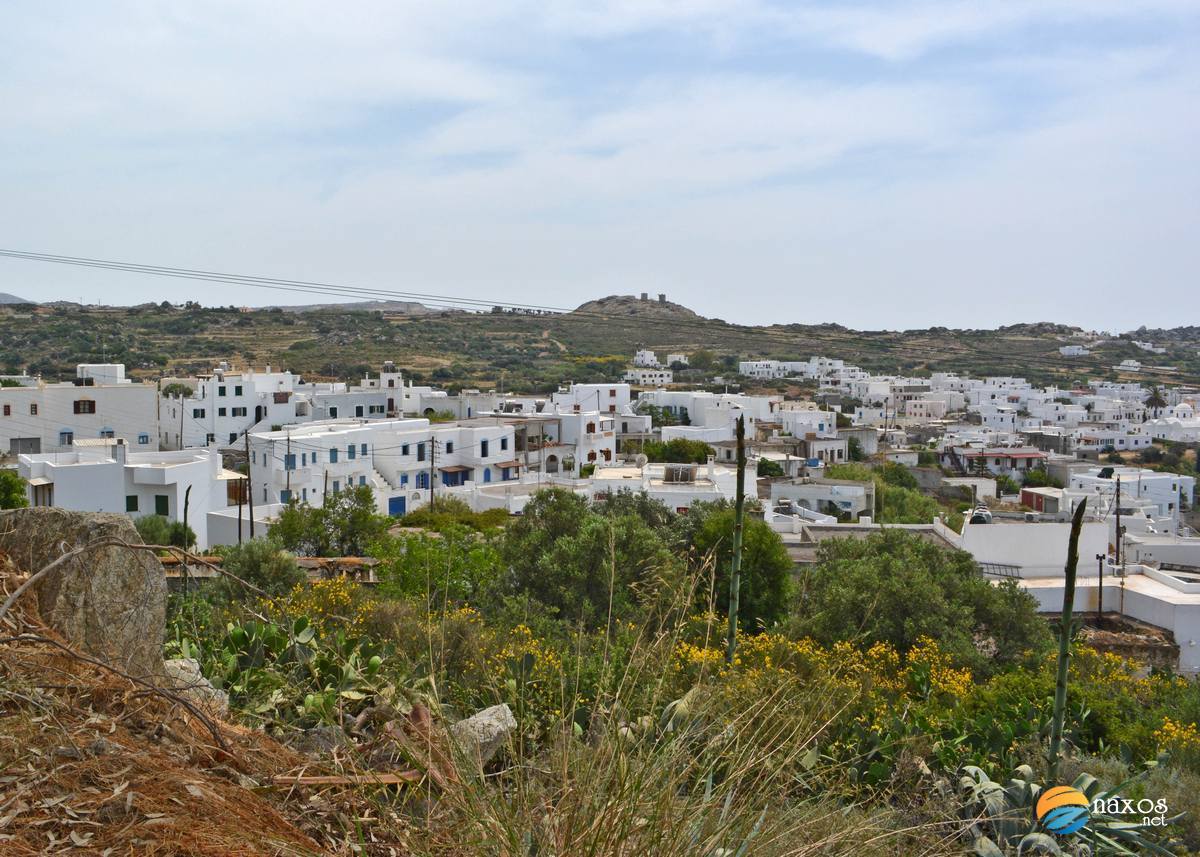 Some 5km South-East of Naxos Town (Hora or Chora), lies Galanado one of the Livadochoria. The small village is built on a slope in amphitheatric fashion with fantastic views of the lush valley of Livadi and of Hora, the capital, further beyond. The village is said to derive its name from the Latin word galant, meaning “gentlemanly” or “courteous” perhaps a reference to the age of the Crusaders that occupied the island in the past.

The valley of Livadi is one of the most fertile of the island, shared by the surrounding villages. Approximately 400 inhabitants occupy themselves mainly with potato farming and animal husbandry which are the main sources of income in the area.

The local parish church is dedicated to the Holy Spirit and was built in 1780. On the eve of the day of the Holy Spirit, the village celebrates with a big feast; the sounds live traditional music, food and wine, while a solemn procession of the church’s icon takes place after mass on the day itself. A peculiarity with this celebration is that it is a moving celebration (according to calendar) which means that it differs from year to year.

To the south of the village, the sights in the greater area of Galanado include Belonias tower, which was built c1600 by a Venetian lord. Today it is privately owned and well-maintained. Standing adjacent to that is the ‘twin’ chapel of Agios Ioannis (Saint John), which has another peculiar religious and structural feature; it is rare example of separate Greek Orthodox and Catholic naves under a single roof. Catholicism was practiced by the Venetians and Franks in the area.

To the east of the village, massive boulders stand upright between the churches of Agios Georgios and Agia Irini. These are thought to have been placed there by a Paleolithic settlement and are perhaps the remnants of a Naxian “Stonehenge”.

Galanado has a parking area for vehicles and there is a regular bus service.