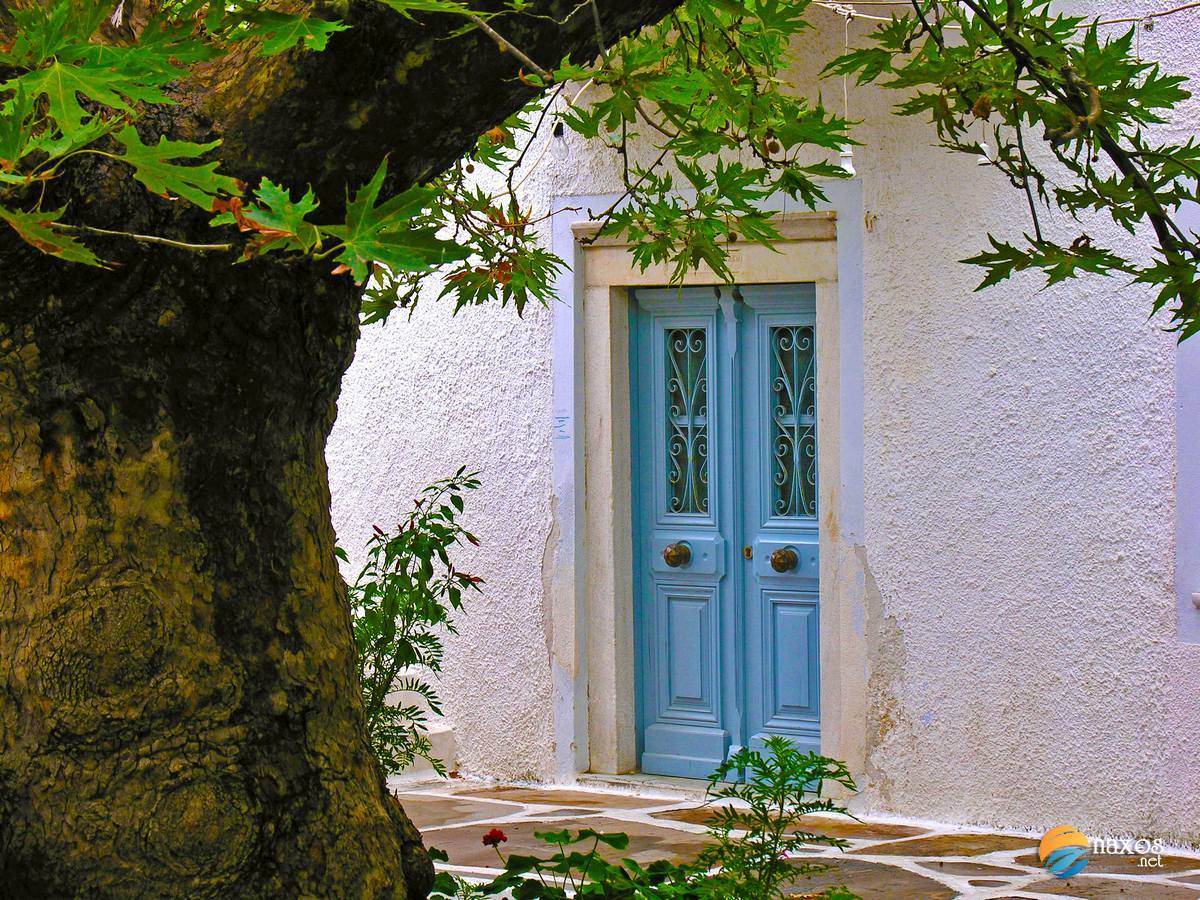 Damarionas is a traditional village on Naxos. The village is considered mountainous although it is only at an altitude of 230 meters. It is a beautiful settlement built on the south side of the sunny Tragea valley.

The village apparently acquired its name from Damaris the Athenian who was amongst the very first to accept Christianity and passed it on to the settlement who honored her by naming the village after her.

It is estimated that the first inhabitants of Damarionas actually inhabited the coastal area of Agiassos, but the prevalent fear of the pirates, forced them to migrate inland, originally in the area of Roalidia, on the slopes of the Castle of Apaliros and later, around 1400, to their current location.

In 1981 the population of this lovely village was 522 and only ten years later in 1991 it was down to 313. Today it numbers around 350. This is a phenomenon occurring everywhere in Greece since the nature of available work has changed.

Today Damarionas, with its picturesque white-washed houses adorned with flower pots and flowers, paved streets, genuine Cycladic churches and beautiful squares, has been listed as a traditional settlement offering many attractions.

In the village stand the mansions' “Prompona”, “Vasilikoulas” and “Bakalainas”, the beautiful “Square of Potirou” with a huge and very old plane tree and the old churches of Christ and St. George in the Patelou square.

In Damarionas there is also the “Androniki” Spiritual and Cultural Center that serves as a space for meetings and conferences.

The main occupation of the inhabitants are agriculture and animal husbandry, almost everyone owns olive groves (Greek - elaiochorafa) while the village operates a modern mill. Another product anyone with a sweet tooth can readily find, is the delicious Citron Sweet Preserve and the wild greenery vegetable pies wrapped in flaky, buttery phylo pastry.

The village feast is on the eve and the day of August 6, on the Transfiguration of the Saviour which is celebrated by the church of Christ.

Damarionas is also home to many picturesque early Christian chapels in the greater area of Baouzi as well as the famous early Christian church of “Kaloritsa”, built in a cave on the western side of mount Ai Lias (St. Elias - Elijah).