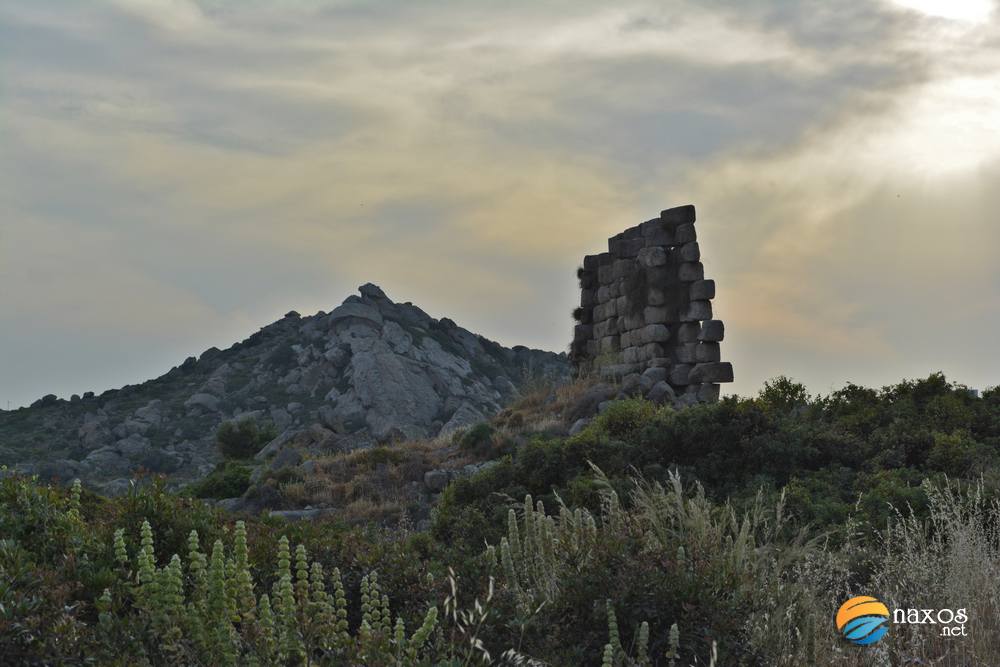 Plaka Tower, also known as Paleopyrgos or Ariadne’s Tower, is a mere shadow of its former self. Most people haven’t even heard of this tower because it is located in an area from which only a few people pass by, but in its heyday it must have made an impressive sight.

The huge boulders at its foundations imply that its bastions were truly formidable, giving rise to many legends and folktales regarding its construction. The remains of the tower today comprise the huge foundation boulders, each measuring 2x0.5m, and a section of the northern wall, featuring a window, a bastion and stone stairs leading to smaller bastions.

Access is via country road about 2km outside Tripodes (also known as Vivlos village). Its remnants stand at the foot of Stroumpoulas hill. This is the same road from Tripodes to Plaka beach. Keep a sharp eye out because it is easy to miss; what remains of it is hidden between the hills and the lush vegetation of the area.

The location is key suggesting it was most likely used as an observatory that would give advance warning with smoke or other visual signals of approaching pirate ships. As you can see in the video, from the tower one has a panoramic view of a large part of the southwest coastline. Perhaps this explains the choice of the specific location.