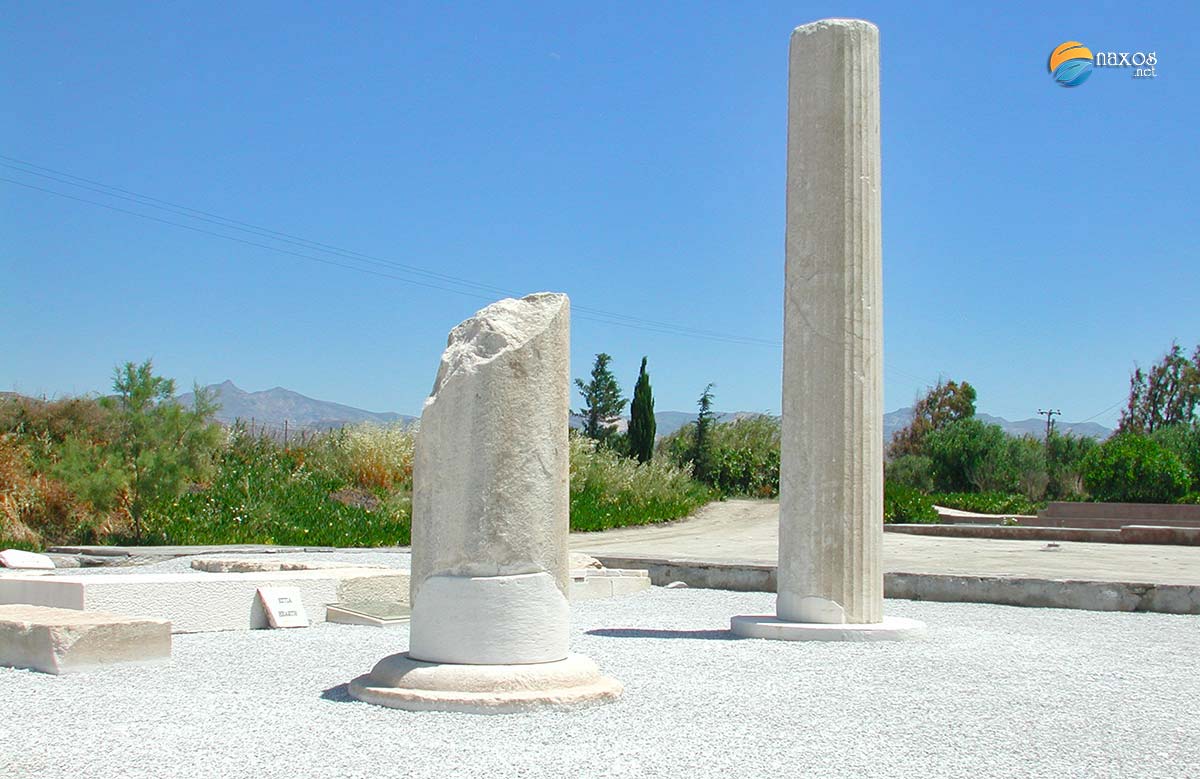 A sacred place of the Aegean with uninterrupted life and function from the 14th century B.C. up to our times. It is the cradle of the Ionic order of the monumental Greek architecture.

The sanctuary of Yria has been located (1982), investigated (1986-1996) and presented to the public (1992-1996) by the University of Athens in collaboration with the Polytechnic School of Munich, with the financial support of both Universities as well as the Ministry of Culture (research) and the Ministry of Aegean (presentation).

The religious function of the Yria sanctuary at Livadi, Naxos, dates back to prehistoric times (1300 B.C.) and the use of the site for religious purposes continues, uninterrupted, until today. Its importance is attested not only by splendid architectural finds, but also by the numerous votive offerings dedicated to the deity worshipped in the sanctuary during all its long history, but especially during the earlier periods.

The importance of the buildings discovered at Yria is so great that scientific discussion on the subject has taken a central place in international archaeological bibliography and in handbooks on ancient architecture.

The worship on the site has had a brilliantly testified and uninterrupted sequence (worship of Dionysos in antiquity and of the relative St. George later on). This sequence supports in a vivid way all other evidence that bears witness to a cultural continuity at Naxos, since 1500 B.C. onwards.

An open-air cult, that lasted from the Mycenaean times (1300 - 1100 B.C.) until the Middle-Geometric II period (800-750 B.C.) was succeeded at Yria by a worship housed in four superimposed buildings, found in successive layers, at exactly the same site and with the same orientation. 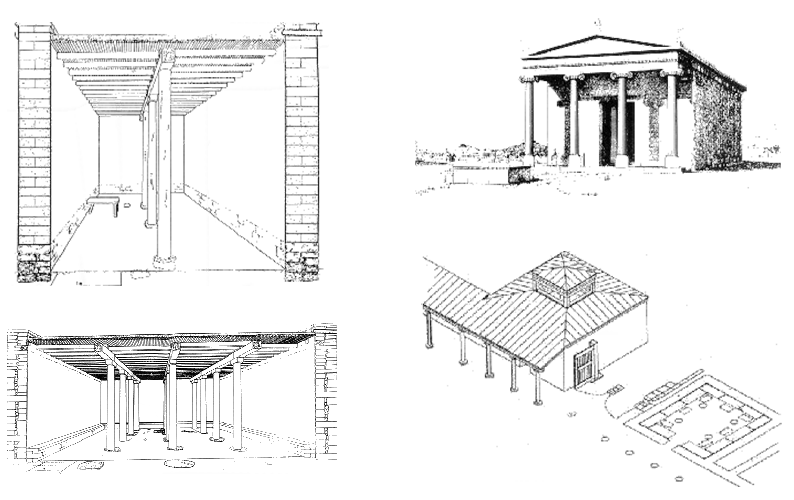 The first was built around 800 B.C. and it consisted of a single room constructed of wood and bricks. A probable flooding of the nearby river Byblines (today known as, the Peritses) destroyed this first building. Around 730 B.C. it was replaced by a hall intended for mysteryrites, with four aisles defined by colonnades. Around the walls were benches for the worshippers.

After the destruction (for unknown reasons) of this second temple, a third building was erected in c. 680 B.C., at the same site, using same of the earlier walls. This had three aisles and an early form of tetrastyle portico.

This too was short-lived. Around the end of the 7th century B.C., the cult was again carried out in the open-air, the focus being a four-sided clay hearth. It was found practically intact and it is visible beneath the marble threshold of the later adyton.

Around 580-570 B.C., work began on the fourth and largest temple of all, the only one of which remains are visible, and the only one to have been restored. It is an archaic hekatompedon of Ionic style. It is built of local granï-diorite rock, and it has an adyton (for a mystery cult), marble portico (prostasis) with columns forming a monumental entrance, and a marble altar. Two tetrastyle marble colonnades divide the building into three aisles.

Livadi, the location of the sancuary, is a fertile valey still used by the locals for cultivation.