The most traditional villages of Naxos 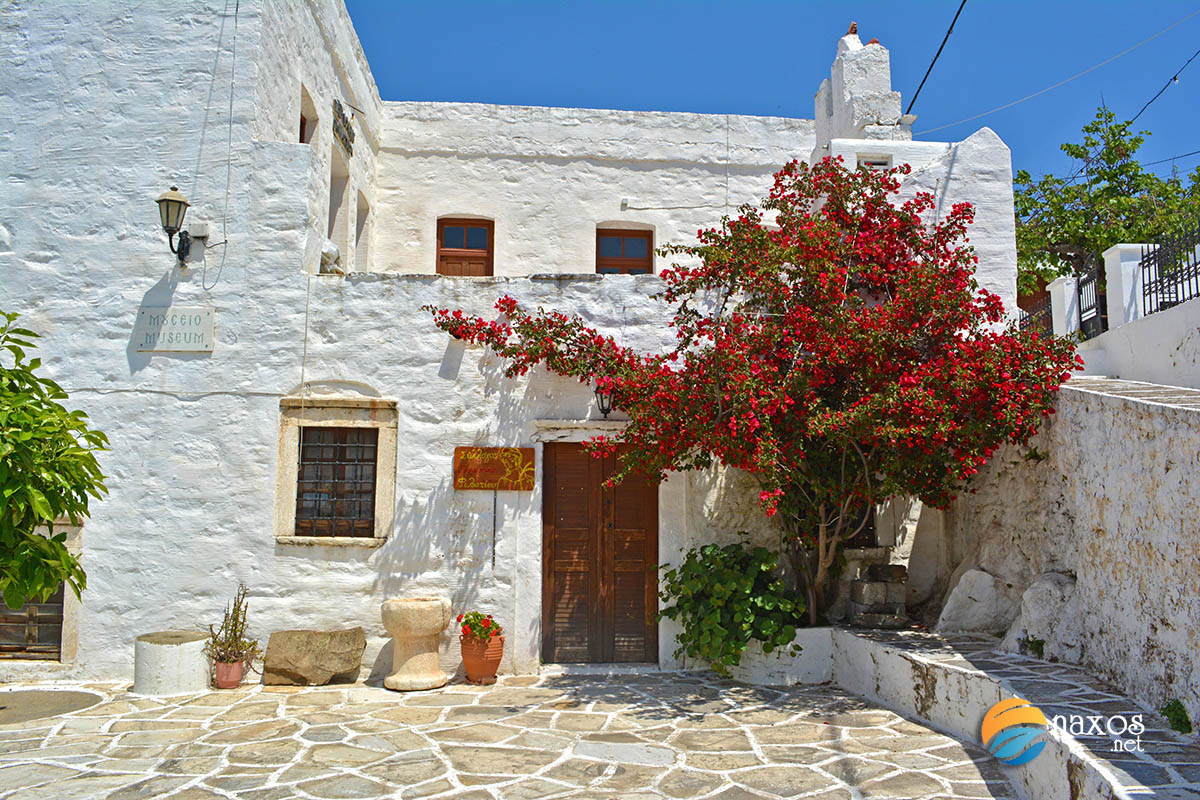 Speaking of traditional villages on the island I expected to see more but it seems that the Naxians have not been abler to hold onto their Cycladic heritage as much as other islands in the complex have. Architecturally only three villages have managed to keep their truly traditional character and all are mountainous.

The most charming is Apiranthos, the village has a fantastic view of the plains and valleys below and is a cool haven from the heat in summer. The villagers are apparently of Cretan origin and have also kept their Cretan traditions to quite some extent.

Filoti is in the centre of Naxos at about 400m elevation so its not all that high up. It is surrounded by high peaks so it is pretty well protected and provides really dramatic views. The village is basically stone built with some narrow streets that offer great shade and protection from winds. In the centre there is a 17th century Venetian stone tower which not much of a tower as far as the imagination goes, but when everything around is only single or double storied a third storey I suppose makes it a tower.

It is said that it is by far the prettiest village on Naxos, I agree…

Chalki is one of the traditional villages on Naxos worth visiting. In many respects it resembles Filoti with the narrow streets and hidden squares. Flowers are everywhere lining the narrow streets, bougainvilleas crawl up residence walls. Buildings are either bare stone or whitewashed stone with a few more modern plastered types not worth mention. Well cropped subjects can make pictures of Chalki (Halki) spectacular. Some of the neoclassical buildings are really good snapshots. Many houses have courtyards which is not really typical of Cycladic type housing.

You must try the local citron liqueur at the distillery in the centre of the village, they give a pretty good tour of the facility too.